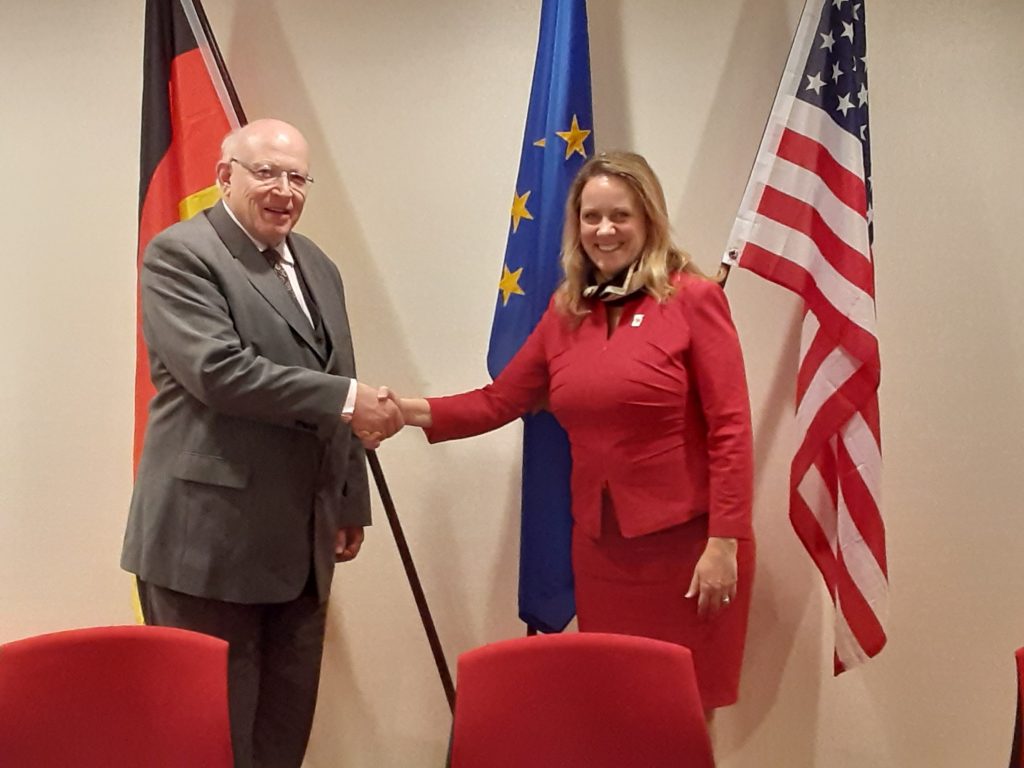 Rep. Mazzochi met with Mossinger at the German consulate on North Michigan Ave.,  to exchange  ideas on education, international trade, and  to discuss some of the benefits Illinois has to offer to foreign companies doing  business in Illinois. Rep. Mazzochi touted Illinois’ benefits, such as a strong manufacturing base, a skilled workforce, and respected educational institutions.